This beautiful kiosk provides an interactive experience, introducing prospective visitors to some of the sights and sounds of beautiful Catalina Island. Visitors can touch and feel things like starfish that they might encounter on the beach. The kiosk provides brochures on the right side. 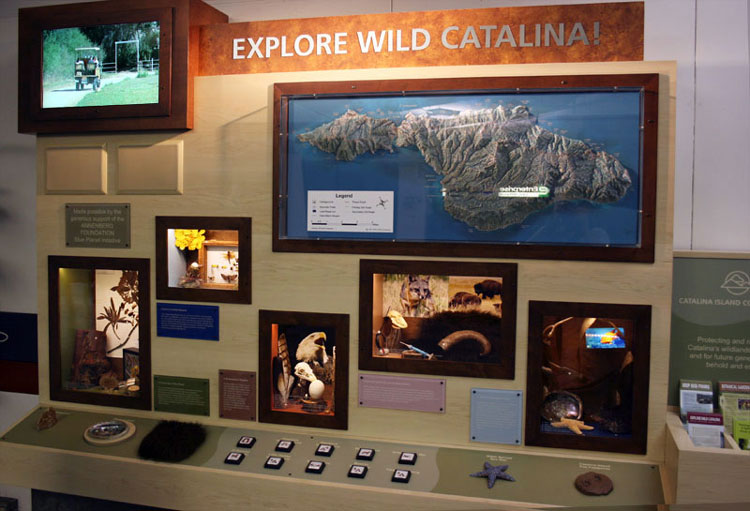 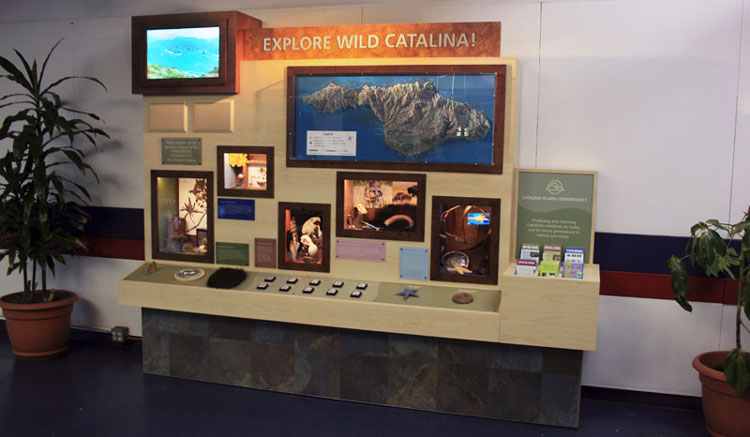 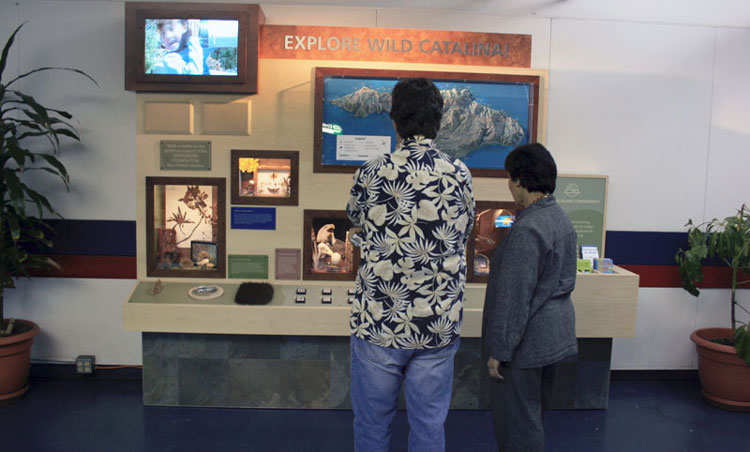 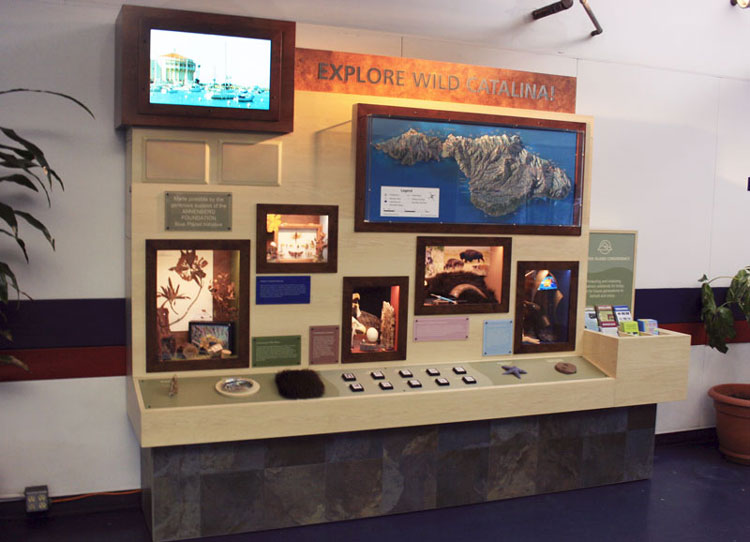