Scope: Design, install & integrate a digital touchscreen kiosk that will track vistors to the library & museum through a CMS system.

MODE Systems designed & installed a guestbook kiosk for the JFK Presidential Library & Museum. The digital guestbook consisted of a digital interactive touchscreen with an integrated CMS system for tracking purposes. This digital computer interactive was one of the first interactives installed in the library. This system was installed on time and within budget. 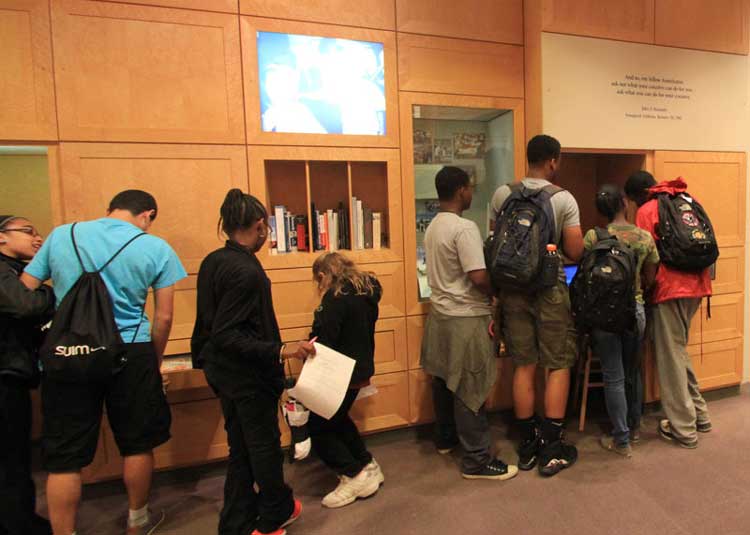 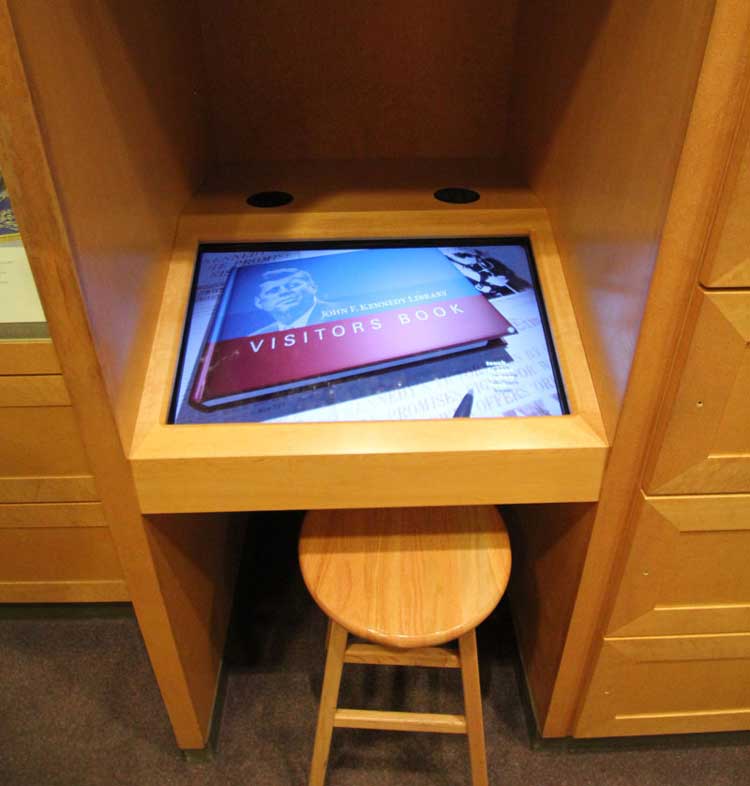